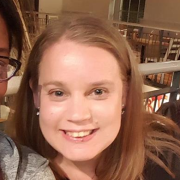 Disneyland Paris is our go-to Disney related theme park. There is something about Disney that is just exciting and childlike. It’s not every day we go to Disneyland Paris, and we have a great deal of planning involved, travelling with a disabled child means that every detail has to be premediated from how we get there, to where we leave from, to what time. We also have to take into consideration any assistance, any transfers and what would happen if we are delayed. I thought we would share our experience as part of a Disneyland Paris Trip Report.

We got up at 5.45 am and were in the car and outside Ashford International Station before 6.30 am. We muddled through passport control, bag scanning and then the French border control (I think it was anyway).

Our train was due to depart Ashford at 7.25 am; we had one large suitcase, one medium suitcase and a small hand luggage case, plus a wheelchair. We were travelling with Eurostar, but couldn’t get through the phone line to book special assistance, so we muddled through. Thankfully this lovely gentleman helped us onto the train with the wheelchair, as there was no staff anywhere!

Now, I never understand why Eurostar allocate seats, as there were a large group of girls, sat in the places we’d chosen at a table, so we moved to the back of the carriage. Had it been full, I would have kindly asked them to move but just a slight minor moan (I’m English).

We saved £450 by changing trains at Lille Europe. The France side is always game for a laugh, with people boarding trains before allowing leaving passengers and moving luggage! Arriving with Lille Europe was easy, I even found Costa Coffee! Since our last trip, you now have to walk the 10 minutes to the Lille Flandes station (You walk passed Primark), and although the French Police mean serious business with their machine guns, you get used to it, and they are there to protect us.

The second train was 10.25 am (French time) and was just over an hour to Marne-la-Vallee / Chessy Station with a quick stop at the airport. This was very interesting with no place to store a lot of luggage and parents just standing in aisles! Once at Marne-la-Vallee, it was quite a stampede for bags, with no one getting priority! People were pushing on allowing no one to get off! Someone had moved our son’s wheelchair, so there was a bit of a dash to find that! One English lady told a group of girls to stop pushing and rightly so. She was trying to collect her luggage and people were just blocking the exit.

If you get the direct train to Disneyland Paris, you collect your tickets on the train, with the indirect train you go upstairs on arrival to the Disney Express Luggage area, check-in your luggage and they hand you your park tickets. I paid £60 at a later date to add this, and it was an asset, as you can’t check into until 3 pm and it was 11.30 am.

You arrive at your hotel later, check-in and go off and collect your luggage. It is worth the money! On check out, you take your luggage to the luggage area of your hotel, check it in and go off and spend your day in the parks. Concerning check out, it’s all with a room key. But you need the key to access the park so don’t post your keys in the box! I saw a few confused travellers post their room keys back. I just tapped the box, and off we went for the rest of our last day!

We last visited four years ago, so we were pleasantly surprised when we had a plastic card with our park passes, hotel room key and half board allocations. It’s pretty cute. It’s not magic bands, but better than the paper passes and carrying tokens around.

The top left is your meal plan allocation. We were half board standard, the middle is hotel breakfast, and the right is your park tickets.

The only issue we had was when I originally booked our trip our daughter was going to be 11 during travel, we, unfortunately, had to move it and she turned 12 meaning she was classed as an adult. However, the tickets stated three adults and two children; however, we only had the meal allocation for three adults and one child. Every restaurant classed her as a child, so by the end of the trip, we only had ‘adult’ meals left. It wasn’t a big issue but a little annoying.

Those of you who have been to theme parks in the UK, it works in a similar way to the Chessington World of Adventures access pass (or how it used to be). You go via the exit, fast pass or special entrance depending on the ride. You get a green card if you have a permanent disability requiring that you struggle to queue or need special access to rides.

You can collect these either at the Donald Desk or City Hall. Go to the Donald Desk! There was no queue, and we walked straight up, City Hall had a 30-minute queue! I took all the evidence mentioned on their website, and she barely looked at it! Be aware though, Thomas can walk, he just uses the wheelchair because he gets tired and struggles with queues. There are certain rides; they won’t let you ride! We were declined ‘Peter Pan’ due to him being a wheelchair user as their escape route is a ladder. We explained that he could do it alone, but she wanted us to go back to the Donald Desk and get the card changed. We decided it wasn’t worth the hassle. For full disclosure, he has been on it during a previous visit.

Most rides we used the exit and were seated within 10 minutes and the staff were terrific and very accommodating. However, be wary of The Buzz Lightyear Ride, it has a disabled entrance. We waited for 40 minutes! The main queue was 50 minutes! It didn’t seem very fair, and they didn’t seem to prioritise autism or people who struggled to queue. We got in the queue the second afternoon, and he said it was likely to be an hour wait, so we didn’t even bother! That was the only ride, that was slightly frustrating. I don’t expect to walk directly onto a ride but 40 minutes to an hour is hard work with a child who doesn’t like crowds or queuing.

Something I never realised was the ‘food’ queue. It’s a little awkward at first when you get walked straight to the front of the queue at a restaurant or counter service restaurant. One of the staff members, when we met Jessie, told us to wave our Green card like mad, shops, fast food, restaurants, character meets, rides, parades! I’d never had that service in England!

During our last visit Toad Hall had been closed for refurbishment, so we were delighted when it was open this time. They’d closed the indoor seating area, so the theming was lost, but I’ve heard it’s quite amazing.

On arrival, we were escorted to the front of the queue (the looks, people, the looks) and enjoyed our average fish and chips. It wasn’t something I would rave about and like most counter service cost €54 (£48), and that was with my son and husband sharing a large. Seating was limited, with large families surrounding small tables with eight chairs. I didn’t think it deserved a full review as it was just average. It was great to give it a try; it isn’t somewhere we’d probably try again.

It was busy! I’m not going to lie; I felt quietly overwhelmed with the people, queues and the heat. Neither the less, we ventured towards the Buzz Lightyear Laser Blast, the queue was 50 minutes, the next fast pass was 9.30 pm (yes, I’m not kidding). We queued in the disability line for 40 minutes, and it was getting longer behind us. Neither the less, we got there and had a ‘blast’ (hahaha).

We caught the end of the Jungle Book Jive Parade (was amazing) before heading to check-in at The Hotel Cheyenne. I am doing a separate review of the hotel so watch this space.

After the incredibly long check-in, we collected our luggage, found out we were on the first floor with no lift, but it was nicely themed (we had requested a downstairs room).

A Quick Refresh Before Returning to the Park

After a quick refresh and change of clothes we headed back to the park, it was not quieter. If anything, it was busier. We had dinner booked at The Hunters Grill at Sequoia Lodge Hotel, it’s a buffet and having the standard plan we paid the difference, but it was still €50. I checked the receipt it said €156 if we’d not had the dining plan. I was kind of blown away. It was somewhere I’d wanted to eat for years. It was beautifully themed and excellent service. The drinks are however €5.10 for a tumbler size soft drink, and they are not free in this hotel!

We stayed in the Disneyland Park and went on the carousel and Buzz for the second time. We walked around a little, taking in where a few things were and discussing the next morning. I had planned a little for character meets and lunch but nothing too restricted.

We walked back through Disney Village, along the lake and then back to our hotel. It took roughly 15 minutes to Disney Village, and we enjoyed the peace walking through the woods. I highly recommend the walk, especially in the evening.

If you like what you read and love a little Disney magic, please click on the follow button and keep yourself updated. I am planning to report on our trip over the next few weeks including reviews, tips and hints so if you would like to know more, please stick around. Feel free to ask questions; I am happy to answer any you may have on booking, travelling or being at Disneyland Paris.